Skip to content
Posted on March 19, 2019 by Angel Navarro

There was big moves yesterday and more are on their way.

The Jets made good moves they signed linebacker CJ Mosely who is a great pickup for that defense who will help Jamal Adams led this defense into a top 15 defense in thee future. The also traded for offensive lineman Kelechi Osemele to help protect quarterback Sam Darnold and they just got running back Le’Veon Bell which will help them be a more balance offense.

I think this team is still two years away from playoff contention, but that could change if they get a lock down corner in the draft then the might be playoff team this year with all these upgrades.

They are winners because they got Antonio Brown for nothing and did not lose one of their 3 first round picks. They also upgraded at the offensive side by getting Trent Brown on a record deal making him the highest paid offensive lineman in NFL history. They also made other small pickups of veteran players who know their role already.

All these upgrades with the draft still to come the Raiders look like the future can be bright if they do well in the draft.

They are the biggest winners because the got the best wide receiver in the league (in my opinion) Odell Beckham Jr. for a 1st and 3rd round with safety Jalibiril Peppers. This makes their offense a top 3 offense on paper. They also added defensive lineman Sheldon Richardson and Oliver Vernon to help Myles Garrett who had a great 2 years so far to get to quarterback. This team looks like a playoff team now. 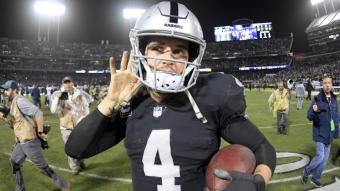 I put the Raiders as winners and losers because they signed so many veterans to bad contracts. I do not think Trent Brown is worth 66 million over 4 years because he has not shown anything in San Francisco where it he should have thrive more because the 49ers are an offensive friendly team. I can also say the same thing for Safety LaMarcus Joyner and wide receiver Tyrell Williams.

They got players who have not proven themselves as top 10 players at the positions they play because they are no going to get paid like top 10 at those position.

The New York Giants might be the biggest loser of NFL free agency because they have done nothing but made questionable moves like trading away Odell Beckham Jr when they should have gotten back at least 2 first round picks, a tightend who can block and a back up running back. But they keep Eli Manning who did not show anything new last year.

They also should have traded away Landon Collins during the season if they knew they were not going to resign him. Then they got out and sign Golden Tate who is good player so we really do not know if they Giants are in win now or rebuilding mode. This team is nothing but a mess.

The Dallas Cowboys are losers because they did not sign a safety which is area they needed to address right away. They had a shot at Earl Thomas made it well know that he wanted to play for the Dallas Cowboys. They lost two defensive ends due to suspensions which were David Irving who might sign with a new team now and Randy Gregory who is suspended indefinitely.

So, they had no choice but to franchise tag pass rusher DeMarcus Lawrence. Plus they Cowboys have to sign quarterback Dak Prescott, running back Ezekiel Elliott, and receiver Amri Cooper to extension. The Cowboys do not have money to make improvements on their team.